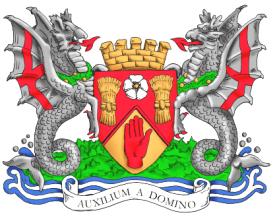 The Derry Flute Band is a non-profit organization based in Toronto Canada, composed of volunteer musicians that enjoy performing for the public. The Band was formed in 1908 by a group of Irish Immigrants from the county of Derry. The Band was originally named "Sons of Derry", but updated its name in 1970 when women members joined the Band.

Membership in the Derry Flute Band is open to anyone willing to make the required commitment and effort. Beginners and experienced players are all welcome. All musical instructions and lessons are FREE. Instruments and uniforms for public performances are provided FREE of charge as long as you are a member.

The instrumentation of the band consists of four different types of flutes: the Concert C-Flute, the high-pitched C-Piccolo, the low-pitched G-Alto flute, and the G-Treble which has a range between the Concert C-Flute and C-Piccolo. The percussion section of the Band includes a single Bass Drum, a set of marching snare drums, and marching cymbals. 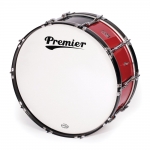 The band supports itself by performing in various parades and festivals throughout the year. Donations, bursaries, and grants (when they are available) also help the Band to support itself. Fundraising events are sometimes required to help in the purchasing of new instruments and uniforms, as well as for travel to other cities, provinces, states and countries to perform. In the past the band has made special trips to the United States, Scotland and Northern Ireland.

The Derry Flute Band performs at many different events each year, and maintains a mutually beneficial partnership with the Royal Canadian Legion, for whom the Band performs regularly. The Band also participates in numerous community events and parades throughout the year. Some of the events that the Band has performed at include:

Practices are held every Wednesday evening Feb-Dec, from 8:00 - 9:30pm at Royal Canadian Legion Branch 614, on Salome Drive, Scarborough. Transportation can usually be arranged if required.

The Band occasionally organizes other non-musical group activities for its members and their families. Some events in the past have included barbecues, swimming, snowmobiling, curling, camping, bowling and softball.